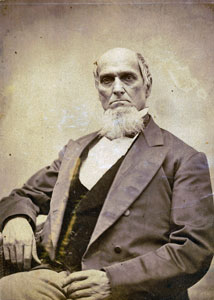 Pioneers in this area from the early 1850s used a plot of ground, about 250 feet wide, between what today is Sixth Avenue Southeast and Seventh Avenue Southeast, and Center Street and Third Street Southeast, as a burial ground. No written records were made of those early burials, but those buried were transferred to Oakwood Cemetery soon after it was laid out. Identifications were made whenever possible.

It was a local newspaper, the Rochester City Post, that first printed “a call to select a prominent place to bury the dead of Rochester,” on December 1, 1860. Three years later, the Rochester Cemetery Association was formed as a nondenominational, nonprofit, lot owner operated corporation.

In 1863, the Rochester Cemetery Association was formed as a non-denominational, nonprofit, lot-owner operated corporation to establish a final resting place as desired by the people of Rochester and surrounding areas.

The association elected Colonel George Healy president and chose the name Oakwood Cemetery for the burial ground located on high ground along the eastern bank of the Zumbro River. Col. Healy surveyed the land and laid out the first lots.

The Cemetery Association established a method of providing perpetual care, and Oakwood Cemetery became a peaceful haven for interment of Rochester’s citizens. Since that time, more than 19,000 burials have taken place in a cemetery recognized as one of the most beautiful and well-maintained in Minnesota.

In 1912, trustees built a magnificent chapel to recognize Colonel Healy’s diligent work and monetary contributions to the perpetual care fund. The fully restored chapel serves the same needs today as when it was built almost 100 years ago. The lovely chapel is available for small funerals and holds a columbarium. Colonel Healy was one of the best-known Rochester residents of his time. He was born in Cayuga County, New York, in 1812 and was one of the chief engineers of the New York and Erie Canal. He belonged to the New York State Militia and was colonel of a regiment. He and his wife had two biological children and one adopted daughter, all of whom died before Colonel Healy, he passed away on Aug. 14, 1896. Col. Healy arrived in Rochester in 1859 and worked as city surveyor for many years. He left generous donations to various charities. The Healy Memorial Chapel restoration was completed in 2000, returning this historic chapel to its full elegance and grace.

There are still many choice lots available at the downtown Oakwood cemetery, as well as the new Chapel interior columbariums and exterior outside columbarium. Please contact the cemetery office for availability of lots.

Oakwood East Cemetery was established in August 1999 to extend the tradition of a nonsectarian, nonprofit cemetery for Rochester area residents, and is governed by the same board of trustees. Located 3/4 of a mile east of Century High School on County Road 2, Oakwood East features a gently rolling terrain and an attractive reflection pond. A stonework seating area and columbariums were added in 2008.

After 137 years, the need for more burial space was recognized. Continuing the philosophy of having a non-sectarian, nonprofit cemetery for the future, Oakwood East Cemetery was opened in 1999. This new cemetery will ensure that the tradition of excellence and perpetual care that has been established will carry on through the 21st Century. 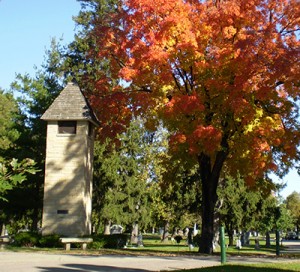 In June of 2008, a new carillon was purchased by Oakwood Cemetery to replace the original unit that was no longer working and could not be repaired. The new unit is an EZ BELLS Model 6 digital disc carillon from Chime Master Systems and was purchased through Premier Church Furnishings of St. Paul, Minnesota. The carillon is controlled at the office and plays through the four speakers that are located in the bell tower at the top of the hill at the seventh avenue cemetery. This tower was given to the cemetery by Amiel L. and Anna H. Glabe as a memorial to their loved ones that rest here since 1972.

The new carillon has a 600 hymn disc library, complete worship bells selection (single swinging, pealing, and tolling), and clock striking functions. Also in this library are bugle calls, special occasion, seasonal and holiday selections. Additional musical selections may be added as needed. The carillon can be set to play at any given interval throughout the day or night. It has currently been programmed to play three random hymns each day at 9 am, 12 noon, 3 pm, and at 6 pm. 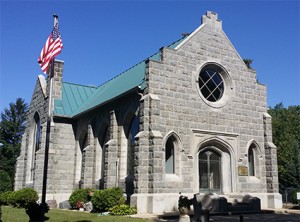 The lovely Chapel honoring Colonel George Healy’s work and substantial financial donation for the cemetery has been restored and is available for small funerals. It is an inviting place to reflect on loved ones whether interred at Oakwood or elsewhere. The interior columbarium is a beautiful setting to inter cremation ashes and provides a place for remembrance. The George Healy Chapel is available for burial services, family gatherings, and other events.

With more than 50 acres, Oakwood East promises to offer beauty and tranquility, as well as perpetual care, for years to come.

Oakwood Cemeteries is a member of the Rochester Area Chamber of Commerce and the Minnesota Association of Cemeteries.